Your cart is currently empty. Click here to continue shopping.

The Benefits Of Amaranth (+ Why We Put It In Literally Everything)

Let’s talk about one of our favorite beauty ingredients *ever.*

You may recognize it from any and all of our hair products—along with rice tein, we put amaranth in everything. Or perhaps you’ve caught wind of its superfood status from a grain-bowl-making health influencer. Maybe you’ve never heard of it at all? Either way, we promise it’s an ingredient worth putting in your body and on your body. Allow us to explain.

Amaranth is a highly nutritious ancient seed. It comes from the amaranthus genus of plants, a group of more than 60 plant varieties native to Mexico and Central America and now grown around the globe. Our hair products are made with extract from the seeds of the amaranthus caudatus variety, also known as the ‘velvet flower.’

Like quinoa (which is also a seed), you’ll usually hear it referred to as an ancient grain—‘ancient’ meaning it’s one of the oldest plants cultivated by humans.

Quick history lesson: The Aztec people grew amaranth an estimated 8,000+ years ago. It was a staple of their diets and a sacred part of their culture and religious rituals. Oh, and they also believed it had supernatural powers that gave anyone who ate it crazy strength. (Yeah, it’s that good.) Then the Spanish invaded and banned all use of amaranth, and it nearly disappeared from the Americas for a while.

Fortunately, it’s since made a comeback globally. Varieties of amaranth are now cultivated all over the world for both seeds and greens. In India, for example, they call amaranth rajgira (the royal grain). You might find amaranth greens in a bowl of saag paneer, and amaranth seeds (ramdana = god’s seeds) ground into flour for parathas or roti.

In Mexico, chefs and activists have been working to revive the use of amaranth in local cuisine both for its health benefits and cultural significance. And in the U.S., amaranth has recently become more widely available, in part because it’s gluten-free.

Today amaranth is praised by scientists as one of the healthiest foods, thanks to its unusually high content of protein, fiber, vitamins, minerals and other important micronutrients. In addition to its culinary appearances, you’ll also find this superstar seed in medicine and cosmetics (and of course, Odele!). 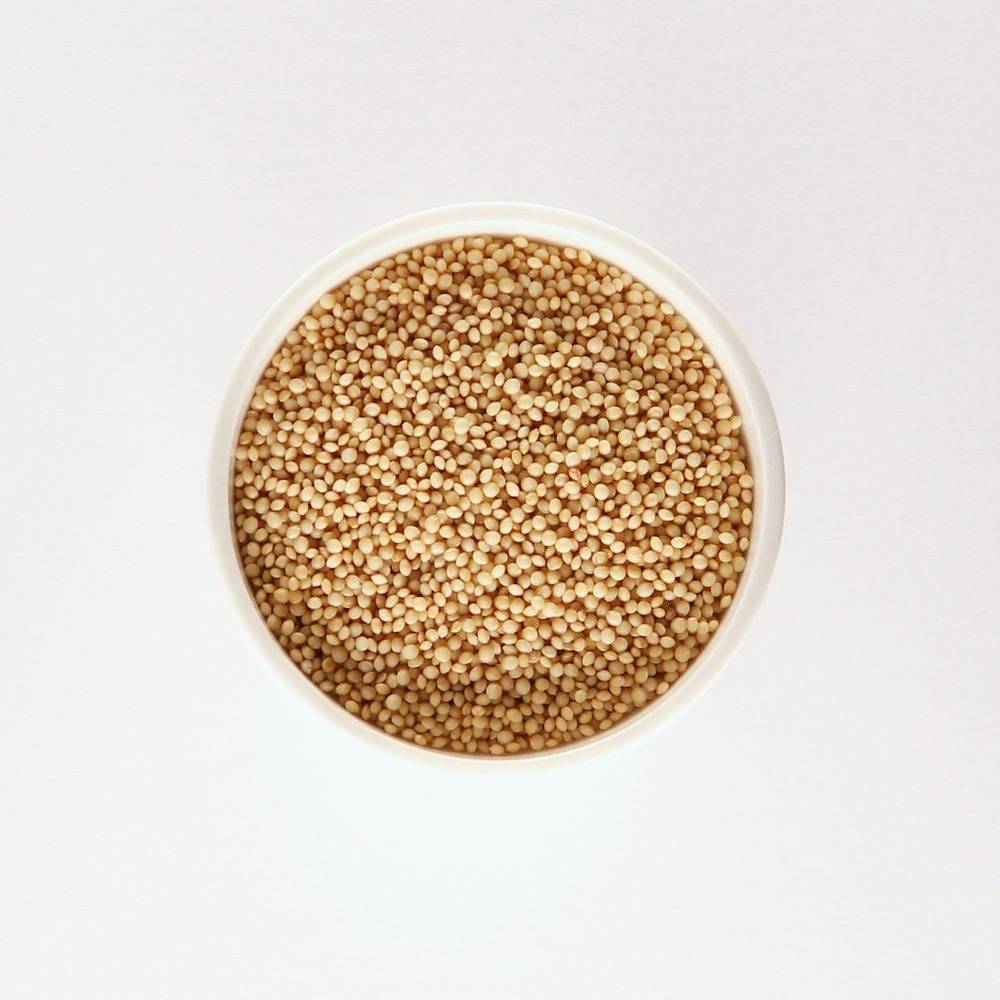 How Amaranth Helps Your Hair

Amaranth is the Odele MVP when it comes to promoting strong, shiny and all-around healthy hair.

For one, it packs more protein than any other plant in the world. When applied to hair, which is about 90 percent protein, amaranth acts as a natural hair strengthener, working to protect and restore strands from damage caused by heat, pollutants, chemical treatments, etc.

Amaranth is also particularly high in lysine, an amino acid that’s present in hair but that the body can’t produce on its own. Lysine keeps hair strong (and on your head), and it may even encourage hair growth.

And wait, there's more! Amaranth also beats out other plants as the richest plant source of squalene, a lipid that’s naturally produced by the sebaceous (oil) glands in the skin. Squalene is an emollient that works wonders on hair—nourishing by locking in moisture, boosting shine and protecting against breakage.

How Amaranth Helps Your Skin

The seed has similar moisturizing and restorative benefits for skin. Thanks to its high squalene content, amaranth really shines when it comes to skin care, working to hydrate, detoxify, soothe, improve elasticity and reduce wrinkles.

High in omega-6 and omega-9 fatty acids, it absorbs quickly and deeply into the skin, providing intense hydration without leaving skin feeling greasy. And because it so easily penetrates the skin, it can transport other important ingredients that wouldn’t make it through the skin barrier on their own.

Amaranth also helps with skin regeneration, which is good news for anyone who deals with psoriasis, acne or other skin conditions. 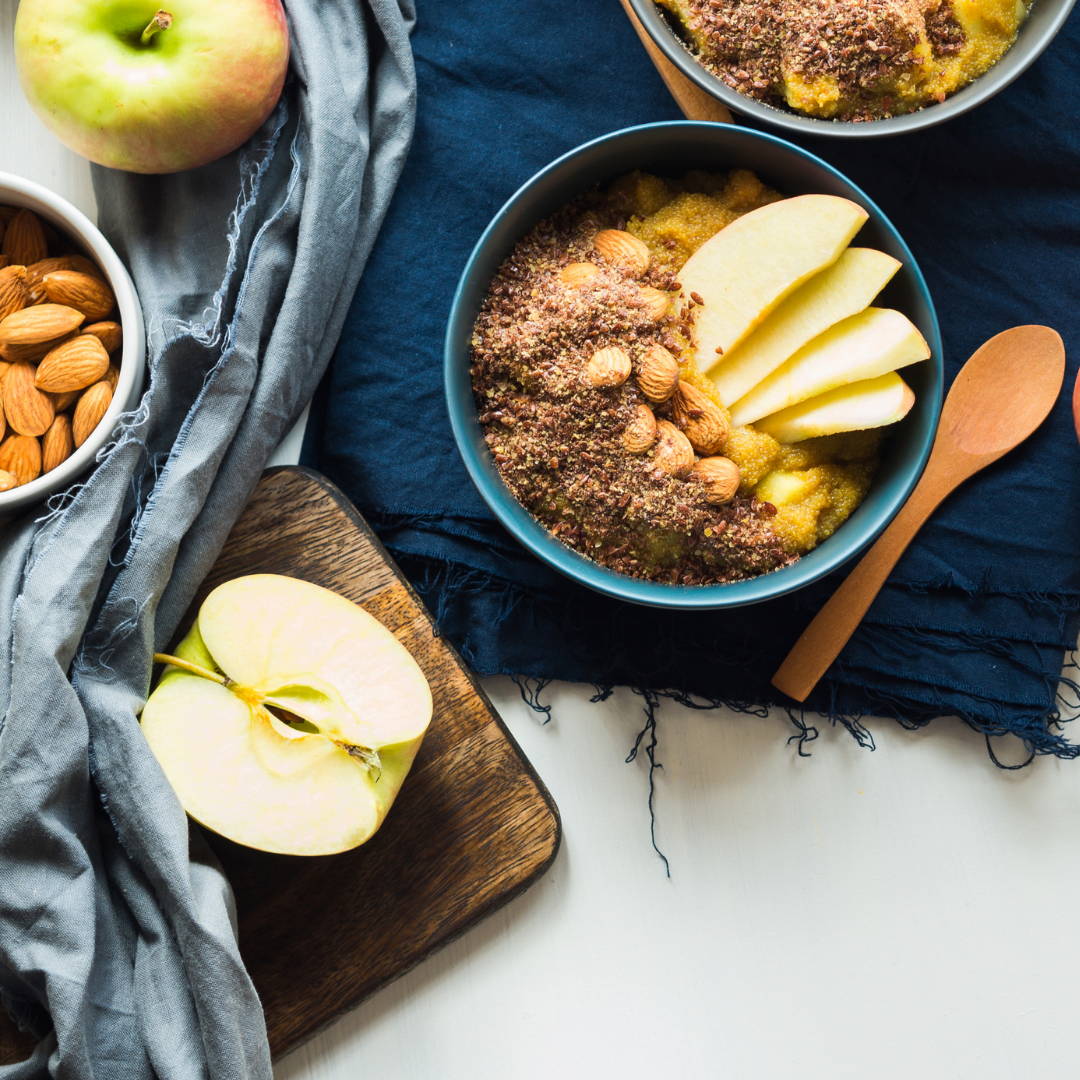 How Amaranth Helps Your Overall Health

When eaten (as a reminder, please do not eat our shampoo, thanks!), amaranth contains so many different nutrients (it’s no wonder NASA astronauts eat this stuff on their space missions), but it’s an especially rich source of:

Packed with tons of important nutrients for hair, skin and health, you’ll want to consider adding amaranth to your beauty regimen—and your diet—if you haven’t already.

17 Self-Care Rituals That Are Actually Doable

Turns Out, You Are Supposed To Clean Your Hair Brush Sometimes

✕
Thanks for contacting us! We'll get back to you as soon as possible. Thanks for subscribing